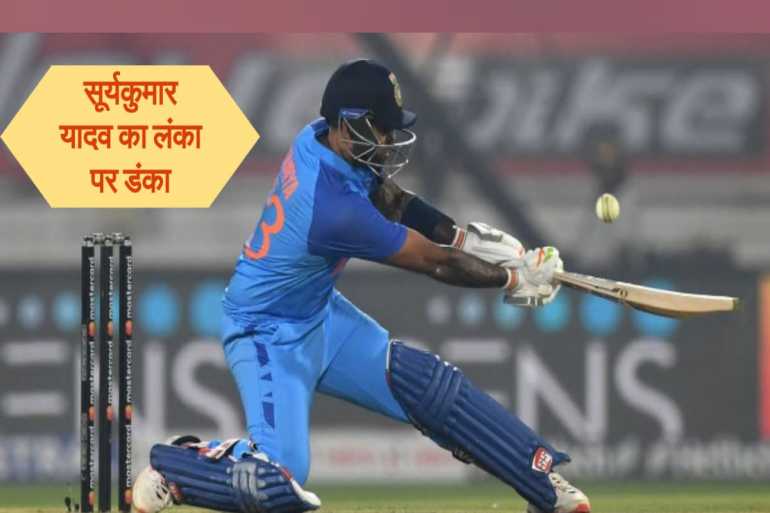 India defeated Sri Lanka by 91 runs in the last T20I to win the three-match series 2-1. Suryakumar Yadav scored an aggressive hundred. After deciding to bat first, India recorded an impressive 228 for five with Suryakumar scoring an unbeaten 112 off 51 balls. At the Saurashtra Cricket Association Stadium, players like Shubman Gill (46), Rahul Tripathi (35), and Suryakmar supported the hosts with a torrent of big shots after India lost Ishan Kishan (1) early on. In response, Sri Lanka was dismissed for 137 runs in 16.4 overs.

Surya has become the second batsman

This is Suryakumar Yadav's third century in T20 International. With this, his name became an extensive record.

Suryakumar Yadav scored 112 runs in his innings of 51 balls. During this, 7 fours and 9 sixes came out of his bat. During this, his strike rate was 233.33. Surya has become the second batsman from India to score a third century in T20 International. So far, only Rohit Sharma has scored a maximum of 4 centuries in T20 International in India and the history of cricket. 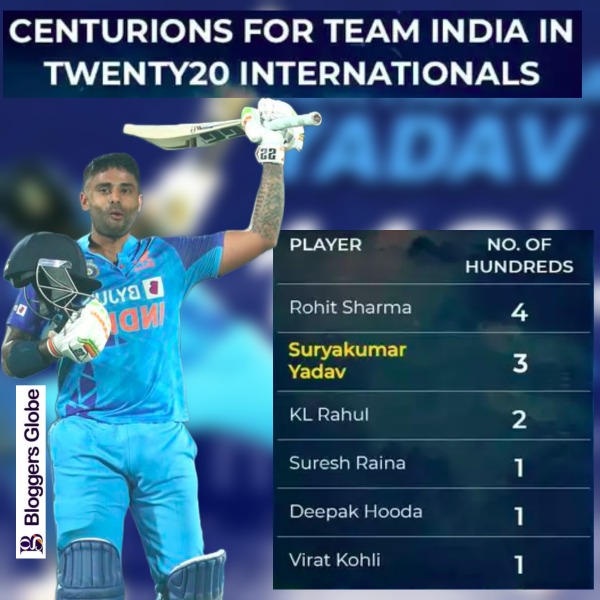 KL Rahul left behind in scoring the fastest century

Surya has become the second batsman to score the fastest century for the Indian team in T20 International. In this matter, he has left behind the team's star batsman KL Rahul. Rahul scored a century in 46 balls in a T20 match played against the West Indies in 2016. Now Surya has gone ahead of him with 45 balls. At the same time, Rohit Sharma remains number one in this matter. He completed his century in 35 balls while playing against Sri Lanka in Indore in 2017.

No surprises there as @surya_14kumar is adjudged Player of the Match for his scintillating unbeaten century in the 3rd T20I.