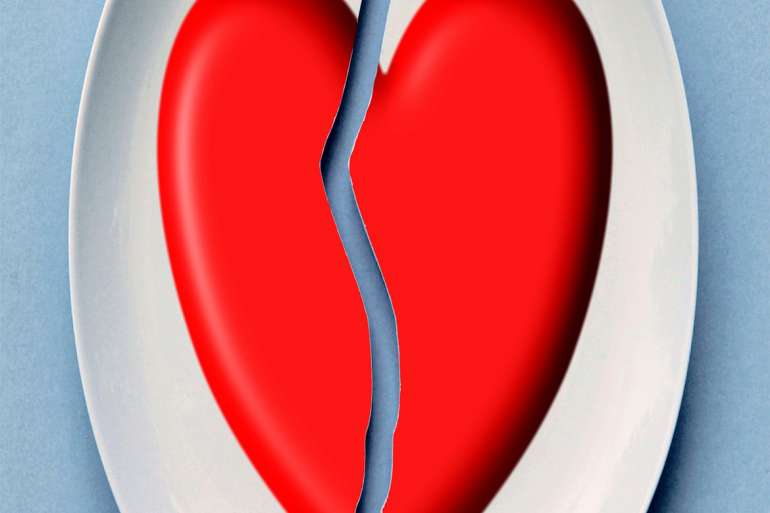 How women are finding love outside Marriage!

The institute of marriage is an ancient one, but in modern society, its role as the glue holding families and communities together is becoming less relevant. In the USA nearly 50% of marriages end in divorce, this is an astounding statistic and gradually more and more people are giving up on marriage. Marriage as an institute served humanity well in the past when communities were small, rural, and when men and women had different roles in society.

And, if marriage still makes sense when there are children involved because it secures their safety and well being, to young or childless couples – or to the ones whose children are already adults – marriage can often become more of a burden than a blessing. Therefore, in modern urban societies where men and women often work side by side and where technology allows people to easily connect with others who have similar interests, is marriage still something a couple should pursue and preserve at all cost?

In a modern urban household in India, husband and wife both work, usually in different offices. In many such households, a husband and wife spend more time at work then with each other which sometimes leads to them living separate lives. Such scenarios lead to the formation of a distance between husband and wife. Women in workplaces often have male friends with whom they share many personal things, also many men in workplaces interact with women and workplace affairs between men and women aren’t uncommon. Hence marriages in the modern world are facing challenges unlike any before.

Many husbands today are either consumed with their work or are womanizers. The behaviour of many modern husbands, often inattentive and inconsiderate, makes their wives feel unappreciated and unloved. Many women in modern marriages long for romance, something absent in their marriage and therefore seek fulfilment outside the wedlock.

Every marriage has its ups and downs and rough patches. In even the healthiest marriage, one or both partners are tempted to stray. When a marriage is going through a rough patch or there is a lack of communication between partners, a marriage can lack excitement and seems drab. Women are better communicators than men and speak and share a lot more than men do, so when a husband is unavailable a woman instinctively feels the need to share her thoughts with someone else. Doing so not only fulfils her instinctive needs it also adds excitement and spice to her life; something that can be missing in her everyday married life.

When life and sex become a monotonous routine in a marriage, an exciting love affair for women can be a godsend. Such affairs when they offer intimacy and companionship are even better. The song "Girls Just Want to Have Fun" by Cindi Lauper perhaps gets to the heart of why more and more women in unsuccessful marriages are having affairs; their marriages lack any semblance of fun and have become dreary and drab.

Adhering to a busy schedule, many couples begin to lead parallel lives. Such a lifestyle causes husbands and wives to interact very little with each other, even during weekends and holidays. Also after their wives give birth, many husbands begin to pay less attention or to see them only as “mothers” and no longer as “women” which is frustrating. Women crave intimacy when such intimacy is lacking in their marriages women find they have no other choice but to search for it outside of marriage.

Technology to the Rescue

For a woman, there's nothing worse than being in a marriage that is unsuccessful. A marriage in which there is a severe lack of intimacy and personal connection takes a mental and physical toll on women. The increase in the number of divorces in India is a symptom of the modern world and modern lifestyles incompatibility with the institution of marriage. Technology such as online extramarital platforms can help rescue women suffering in dull and unsuccessful marriages.

Using such platforms, women can seek out partners who have interests similar to theirs. As a matter of fact, the technology available today is sophisticated enough to pair women with those they have more in common with than their own husbands. The number of women who use technology to find a partner online is growing. A recent survey by Gleeden revealed that a year ago Indian women were only 25% of the Gleeden app’s registered users; today women make up 30 of those registered to use the application in India. The number of those using the Gleeden application has grown hence more women are using the application than before.

The advantages of using online platforms to find partners are numerous and it’s important to note that not all online correspondences lead to physical intimacy. Many women enjoy the thrill of interacting with men online because it breaks what has come to be a tiresome routine in their lives without the risks of a real-life affair. Women also enjoy the fact that they can share their lives with others during a time their husbands are distant or uninterested in them. It’s also important to remember that for women searching for an online romance is filled with excitement and it makes them feel desirable once again, something absent in their marriage. Most of the time what they need is just human connection rather than physical contact.

In India, divorce rate is one of the lowest in the world. This means that women prefer to seek an affair rather than split the couple asking for divorce. But women in unhappy marriages don't want to meet random strangers for companionship. They want to test the waters and find someone on the same wavelength as them. This often means that a person they'd be interested in pursuing a relationship will be at least as well educated as them and reasonably attractive looking as well. An online extramarital platform such as Gleeden allows women to view the profiles of many men before selecting a few they think will be ideal partners. As mentioned earlier, however, not all women who use online extramarital platforms actually develop physical relationships with someone online. But when searching for companionship, online platforms are ideal because they allow women to meet men outside the usual circle of friend and connections and if they find someone interesting, to contact them. Online extramarital platforms also allow women the luxury to sever contact with someone if they discover the person isn’t right for them. While the trend is a relatively new one, it is catching on fast in India because the benefits it confers are obvious to many women.

The modern world and the lifestyle centred on it are clashing with the ancient institution of marriage. Thanks to technology the challenges many women face in their marriages can be mitigated by finding companionship online that meets their emotional and physical needs. For these reasons, more and more Indian women are registering themselves on extramarital platforms in the hope of transforming their dull life into a more exciting one.

Authored by Solene Paillet, Marketing Specialist for Gleeden, the first extramarital dating website made by women

The magic of acceptance

An Annoyed Girlfriend Is No Less Than a Disaster

This Is Why Double Dating Is Very Dangerous