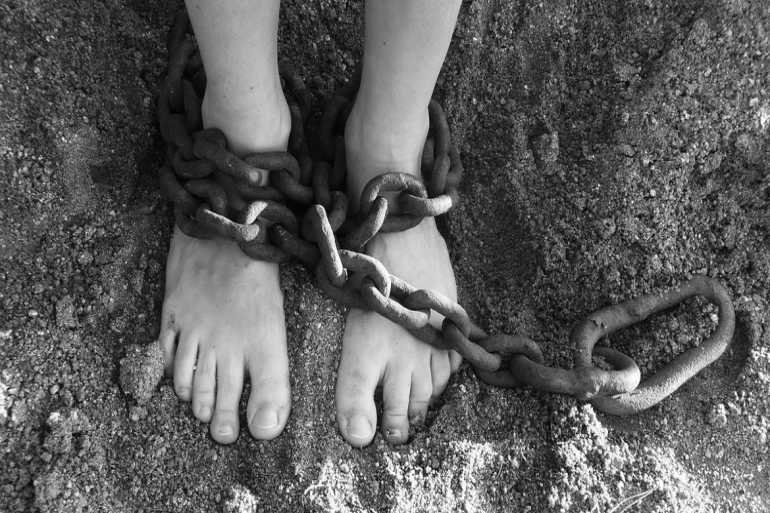 We all have been punished for doing something wrong at schools. It is just that the punishment used to vary, depending upon the classes, our activities, and teachers. In fact, many of us still feel nostalgic whenever we remember those old days where our teacher used to punish us with our friends, ending up getting hit by scales on our palm or standing outside the classroom later calling our parents.

But, you will be in complete shock after knowing that in some places, punishments in schools used to be so bizarre that no child, including humans like us, will never ever dare to repeat any kind of a mistake, no matter what happens.

Mentioned below are some instances where school punishments crossed all sorts of limits.

Recently, an Asian girl was made to kneel down on frozen peas due to her disobedient behavior. The viral picture initially looked like a disease but later it was confirmed that the instant happened at the school where the teacher punished the girl in this manner.

This is among the coolest punishments in this list. Usually, teachers punish students who are disobedient or so. But a high school located in Arizona has its own way of punishing students. Any student who gets into the brawl is offered two options. One is to get suspended and others to sort out things by holding each other hands in public. So holding hand is the best suitable option.

#3 Eating Lunch off the Floor

A higher secondary school of New Jersey has its own way of punishing students. According to sources, any student who disrespects food is made to eat lunch directly off the floor in order to make them realize the importance and value of food. The school denied this news but many students confirmed this pathetic mode of punishment.

#4 Chopping off the Hair

A student was once playing in the class without disturbing anyone. The teacher eventually came right next to her, chopped off her hair as an act of punishment for teaching her an appropriate lesson. The teacher later was fined with some amount of penalty.

A teacher was once telling his students about a closet where monsters used to live. The teacher used to tell every child that the monster hides in that specific closet without coming outside. So, in order to punish a four-year-old student, the teacher locked the girl in the same room where the closet was which he used to describe as the monster’s closet. Seeing this when some students laughed at the punishment, the teacher locked other students as well in the same room, switching off the entire lights. The students were so frightened that most of them ended up getting sick while others urinated there.