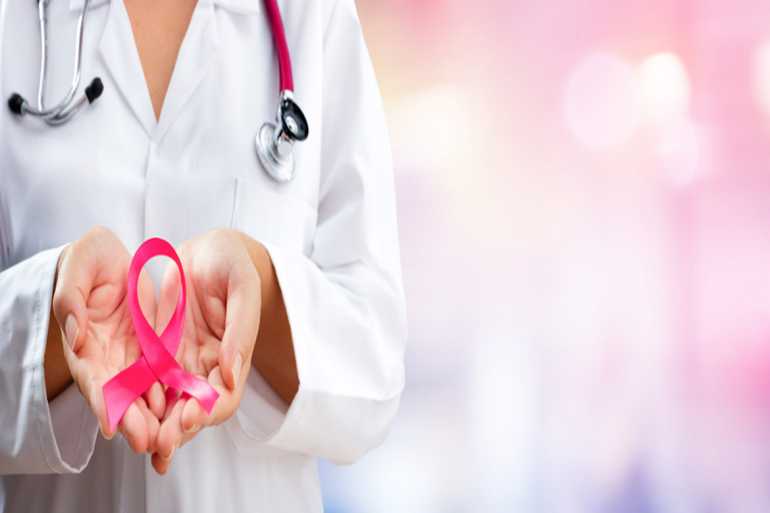 What Are The Most Common Type Of Cancers In Women, Symptoms, And Preventions?

Cancer has been a deadly issue that has been present in our country and the world for a long time. The disease has affected many families, resulting in the complete transformation of their livelihood. Normally, a cancer diagnosis is often linked to a family medical history along with lifestyle choices and environmental elements.

According to a report, approximately 8 lakh women were predicted to be diagnosed with cancer in 2017 out of which approximately 3 lakh ended up dying because of this life taking disease. Therefore, it becomes mandatory for women to understand what are several risk factors involved and what could be done in order to minimize its effect.

Cancer is a broad term that describes the disease that results in the rapid and uncontrolled division of cells within a human body. Some type of cancers cause the cells to grow at a rapid pace while others restrict the cell division or at a slower rate.

Some cancers are visible that while others are not, making it difficult for the people to analyze and detect the disease. Cancerous cells can form tumors, impair the immune system and cause other changes that prevent the body from functioning regularly.

Conversation with Specialized Doctors is recommended

Experts say that sometimes, it comes down to the smallest of things that could cancers in women. They suggest that a constant, healthy conversation with doctors talking about one's lifestyle and risk factors could turn out to be a positive action in order to minimize the cancer effect in a person's life, especially women.

Once women are aware of their own condition, medical practitioners could design plans accordingly that could act as a fighting factor while fighting cancer. This can include dietary changes, further leading to more personalized precautions that could benefit women in the longer run.

Mentioned below are 2 types of cancer in women.

One of the most common types of cancer found in women is breast cancer, expected to account for 30 percent of their total population in a region. Woman's odd for suffering from breast cancer are in 1 to 8. Especially, being a woman, breast cancer is about 100 times more common in women than in men.

Lump in the armpit or breast region

Irregular size of the nipples or breasts

Women that have a family history of breast cancer should be conscious about this cancer, keeping the normal symptoms in mind. It's easy to treat this cancer when detected at an early stage. It is recommended that women above 40 years should go for annual breast cancer screening with mammograms.

Hygiene plays an important role in preventing this cancer. Also, women with irregular breast shape should act accordingly in order to prevent the disease from spreading.

Out of the total cases of cancers in women, lung and bronchus are expected to account for 12 percent of all female cancer cases. The normal age group for women, suffering from lung and bronchus cancer is 1 to 17 years of age.

Lung cancer is one of the deadly types of cancer currently available in the medical dictionary. Though breast cancer is more common among women than lung cancer, the latter is responsible for more deaths among women.

This is among the most preventive type of cancer that can be done by quitting smoking followed by avoiding or minimizing passive smoking.

This is one of the most common forms of cancer among the women that are sexually active. Often, this kind of cancer is found in women that have had the human papillomavirus (HPV). This virus is usually passed during sexual intercourse that later takes the form of cervical cancer.

Also, women that smoke, suffer from HIV or AIDS, have poor nutrition or are not regular with pap tests are the most common victims.

The condom is the best precaution that could lower the risk of infection. Avoid smoking followed by having many children, and long term use of contraceptive pills that could prevent this sort of cancer.

This kind of cancer is more likely to happen in women that are older in age. In fact, in the last decade or so, ovarian cancer has been in rising among women that are unable to produce a child or who have their first child after the age of 30.

Also, women that have a family history of ovarian cancer along with breast cancer are more prone to this type of cancer.

Swelling in the abdomen region

Feeling of pee all the time.

Uterine cancer, also commonly known as endometrial cancer mostly happens with the postmenopausal women. It is that form of cancer that affects the lining of the uterus followed by affecting the women's reproductive organs.

Women aging 60 are more prone to this cancer. Unfortunately, there is no process of screening this cancer early in modern time.

Changing lifestyle or eating habits to ward off obesity, quitting smoking, and exercise can help you lower the risk of cancers in women.

Therefore, lifestyle improvement and applying simple changes to daily diet routine along with exercise habits could increase immunity among women, reducing the risk of cancers that could lead to suffering, later death in a woman's life.

Benefits of Yoga and Meditation