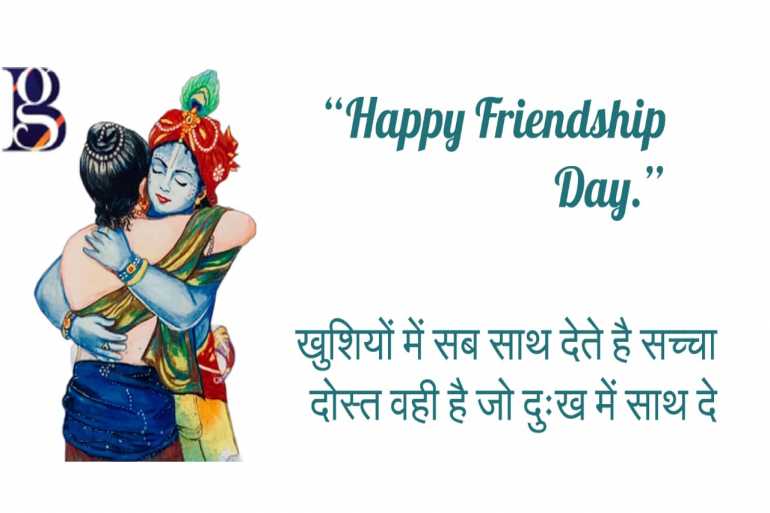 Do You Know Enough about Friendship Day?

The first Sunday of August 2019, which is today is globally been celebrated as Friendship Day. We all have a bunch of people whom we considered as friends for a lifetime. Without these people, life may seem incomplete which eventually thickens the bond of friendship between the gang.

But do you know the real significance of this day? Do you know enough about friendship day? Are you familiar with the history of how the friendship day celebration came into existence? If not, don't worry.

Bloggers Globe will be jotting down things that could provide you complete information about the history of this celebration and its origin. So, let's start.

The Tradition Started in 1935

The tradition of considering an entire day as friendship day came into existence in 1935. This happened when the US Congress decided to give away a day that can be celebrated, honoring and celebrating friendship. While the exact reasons are not available why people went into the making of this day, it is globally assumed that after World War 1, there were devastating effects all around.

The world could see an increase in hatred, mistrust, and hostilities which was a perfect condition for another big battle. Realizing the need for love, peace, friendship, and bonding, US Congress decided that the first Sunday of the month of August will be globally celebrated as friendship day.

The World Slowly Adopted the Tradition

The introduction of this day was a great success in the United States. But soon something started to happen which no more even expected. The celebration for this day was no more just restricted to the US alone. Slowly, the tradition got viral in different countries which quickly adopted this trend for enhancing the bond of friendship.

People started admiring the idea of having a day in the honor of friends which took everyone by surprise. Soon, many countries started participating in this celebration religiously which led to the inception of ‘International Friendship Day.

We all have spent celebrating friendship day in different styles, especially during our childhood and teenage days. We have religiously shared cards, flowers, friendship bands, and other things which provided us with a different kinds of joy and happiness.

But do you know that something interesting happened in 1997? Yes, that's right. The United Nations 1997 gave the world its first Ambassador of Friendship, Winnie, the Pooh. For all those who don't know, Winnie, the Pooh is a famous cartoon character who is known for acknowledging friendship and love.

The world is again busy celebrating this bond of friendship which is undoubtedly one of the purest forms of love existing in modern times. What's your plan for this day?