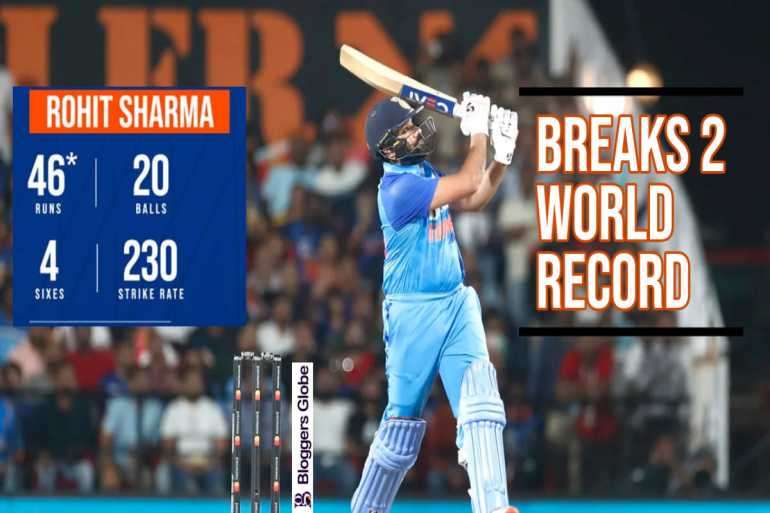 India's captain Rohit Sharma was at his best on Friday, leading the Men in Blue to a six-wicket victory against Australia in the second T20I, which was a rain-curtailed match, in Nagpur.

Australia posted a respectable total of 90/5 as bad weather forced the match to be played in eight overs for each side. Aaron Finch and Matthew Wade each scored an undefeated 43 off 20 deliveries and a solid 31 off 15 balls, respectively.

India didn't get off to a good start as opener KL Rahul was out for 10 and top batter Virat Kohli was out for 11.

Rohit Sharma continued to smash boundaries and sixes at will, appearing to be a player from another planet as wickets continued to tumble at the other end. His pull shots were once again in view, and when he executed them, it was breathtaking. Dinesh Karthik eventually ended the game with a six and four to tie the three-match series at one each.

The Mumbai resident shattered two significant world records for the format in the process.

Social media users took notice of his great performance and praised him for his captain's innings as well as for restarting the series. BCCI praised his performance on their official Twitter handler.