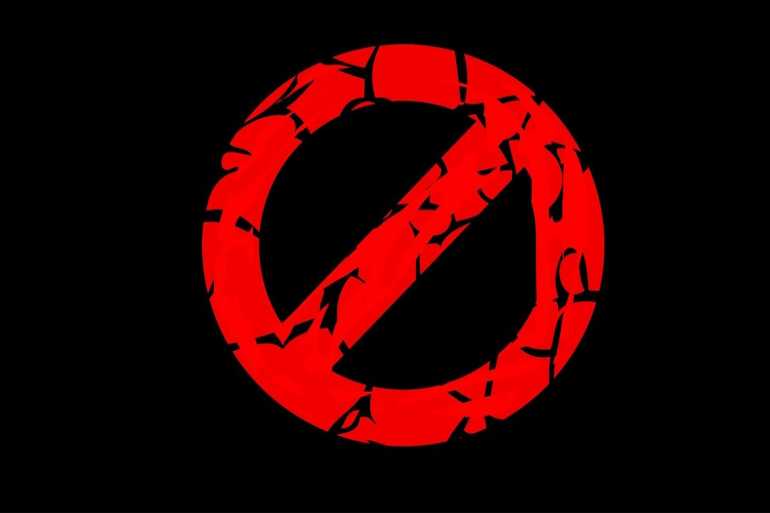 India is a globally known nation which is outclassing and becoming a major competition on an international level. The nation's diversified cultures and traditions majorly define the country which has been in existence since a decade now. But whenever anything breaks the internet hampering the same culture and tradition, the Indian government has always opted for the simplest solution which is banning the things which are cultivating the issue.

With newly elected government is often seen in full force, the government has recently banned a lot of things that have or tried affecting the nation's culture. In fact, if you browse the history of India in 2015, that year was believed to be a phase which was popularly known as the 'Year of Bans'.

Blogger Globe today will highlight some of the things which are currently banned in India. Let's have a look at them.

If you go by the country's terms and laws, it is illegal to express love publically in the world's second-largest population. The government along with other societies believe that this ban was very necessary as the youths were getting diverted into a different direction, probably getting influenced by the westernization. In fact, section 294 of the Indian Penal Code grants permission for punishment whenever there is a case of obscenity.

Beef is India's latest and most famous addition to the list of banned things in the country. It all started with Maharashtra's government in 2015 where the possession and selling of beef was banned. In fact, anybody caught violating the law were fined INR 10,000 along with five years of jail time. But it was expected from always as the cow is considered as the sacred animal in India with Hindu majority state constantly evolving with time.

You might not believe this but it's a fact. Recently, the local authorities of the Maharashtra government voted in order to ban the mannequins displaying the lingerie such as bikinis. They said that its a mode of increasing rapes in the state which should be taken seriously. Furthermore, they stated that its an embarrassment for women passing by and such mannequins also pollutes the mind of men. Shocking, isn't it?