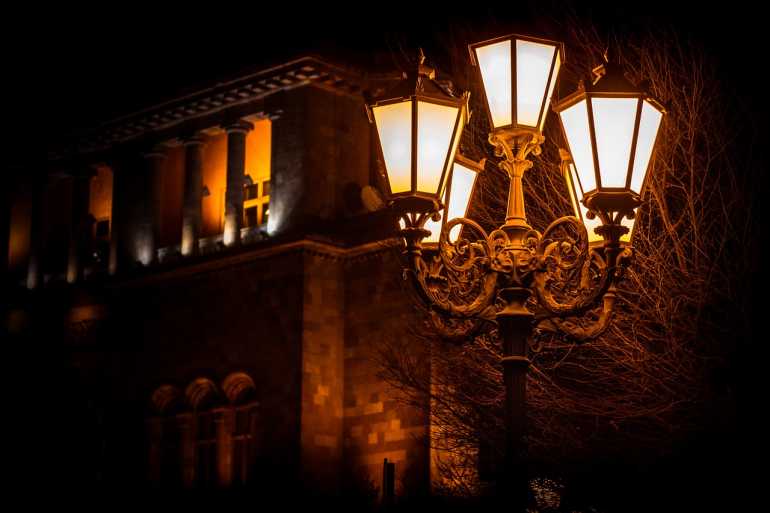 It was really dark outside, when a loud thud on my window startled me from a deep sleep. Initially i thought some night crawling birds would have hit itself across my window but then when i was in the bathroom, i heard another loud bang on my window, which really made my heart jump to my stomach.

I ran to see, when i saw Arjun’s grandfather standing beside the street lamp and smoking his pipe coolly. I drew the window pane up and asked him, if he had seen anybody knocking my window. To which he did not answer but gave a smile and walked away.

I sat on my chair and recalled about Arjun, a student of class3 from the school, i work in. Arjun has just joined the class a couple of weeks back, who lost his parents in an accident. Arjun’s father had hit his bike on the street lamp post next to my house, where Arjun’s grandfather was standing moments ago.

It was not his fault, the road was under construction and that street lamp was off that night due to some technical fault, when he was on his way back from his office. That fateful night he decided to skip the usual long route and chose to take the short cut, whose condition he was not aware of.

Arjun had to stay with his grandfather post this tragedy, which is why his grandfather chose to change his school to one near to his house. After the initial days, i started noticing some bruises on his face and hands.

When i asked him, he would tell that he fell from the stairs or he fought with some classmate on his way to school. After some days the old bruises will fade but new ones start to appear on his neck and cheeks. This time i thought, why is not any other teacher noticed these bruises yet, as no one in the staff room ever spoke about it.

I went to the PET teacher and asked him if he has noticed them, to which he shunned me away saying that, ‘such young kids have supple skin, and they often fight with the fellow students. Moreover he is going through an emotionally down period, getting a little cranky is not a big deal, Ayush sir, relax.’

But I could not buy this reason, I asked Arjun to call his grandfather. I know a child of that age losing his parents and then shifting to new school takes a lot of adjustments, yet I went with him to talk to his grandfather that afternoon.

I immediately went to check Arjun’s notebook, where on the back pages of the notebook, he might have subconsciously written that ‘I am sorry grandfather, I won’t tell anybody.’ The next day when I went to school to let the principal know about it, I get to know that Arjun jumped off his building and succumbed to his injuries. His grandfather blamed me for mentally harassing him. And now I have to live with the guilt.