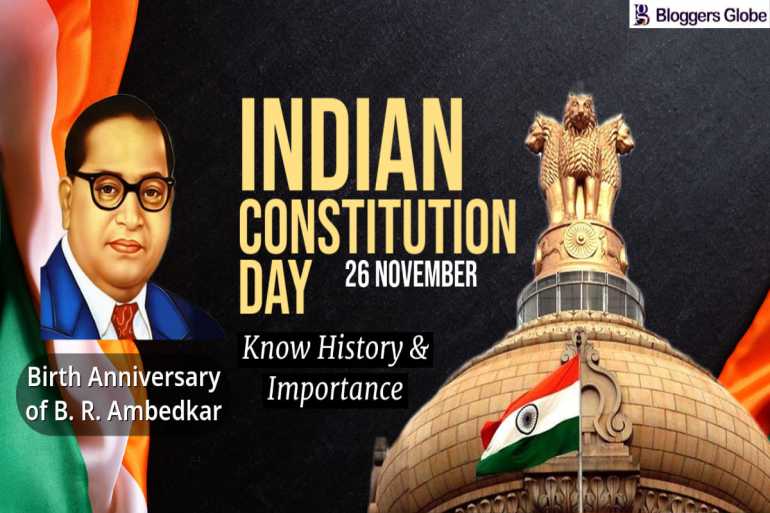 India celebrates Constitution Day on November 26 each year. In honor of the Constitution of India adopted, the day is also known as "Samvidhan Divas" or "National Law Day."

Why is Constitution Day celebrated?

The Indian Constitution was formally enacted by the Constituent Assembly on November 26, 1949. In order to raise awareness of the value of the constitution and to promote Dr. Ambedkar's ideals, November 26 was designated as Constitution Day in India.

This day was previously recognized as Law Day. The government chose in May 2015 to celebrate B. R. Ambedkar's 125th birthday in a significant way. In order to disseminate awareness of Ambedkar's ideas and thoughts throughout the year, a special committee headed by the Indian prime minister Narendra Modi was established for the duration of the celebrations.

All Indians consider Constitution Day to be significant since it signifies the end of British rule in the nation. Even though it had gained independence in 1947, it remained a British Dominion for the following three years until the Constitution took effect on January 26, 1950. This day emphasizes the significance of the Indian Constitution and throws light on Dr. BR Ambedkar's unbiased viewpoints.

About the Constitution of India

A collection of rules and regulations governing the Indian government are contained in the Constitution. It outlines the essential political procedures, rights, guiding principles, constraints, and obligations of both the national government and its population. India is a sovereign, secular, socialist, and democratic nation, according to its constitution. It guarantees justice, equality, and liberty to its residents.

Who drafted the Constitution of India?