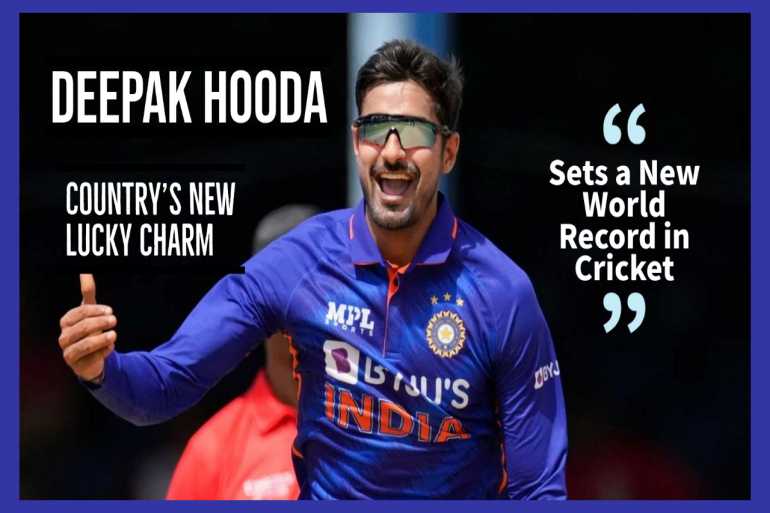 India wins the 2nd ODI match against Zimbabwe by 5 wickets on Saturday, all-rounder Deepak Hooda set a unique world record. India took a 2-0 lead after this win in the 3-match series.

Interestingly, after this wins Deepak Hooda becomes the Country’s New Lucky Charm. Since Hooda’s international debut, India has won every match that he has played in, across formats.

As per the record, Hooda has now been part of 16 consecutive wins for India, which is the longest 'invincible' streak for any player after debut. Since Hooda’s international debut in the team, India has won 7 ODIs and 9 T20 matches.

In the Past:
Romania’s Satvik Nadigotla held the record of 15 matches won since his debut, while South African star David Miller and Romania’s Shantanu Vashisht record 13 games since they played their first international match.

In this match, Hooda took a wicket and contributed 25 runs with his bat. Team India washed host Zimbabwe by five wickets with 146 balls to spare in the second ODI.