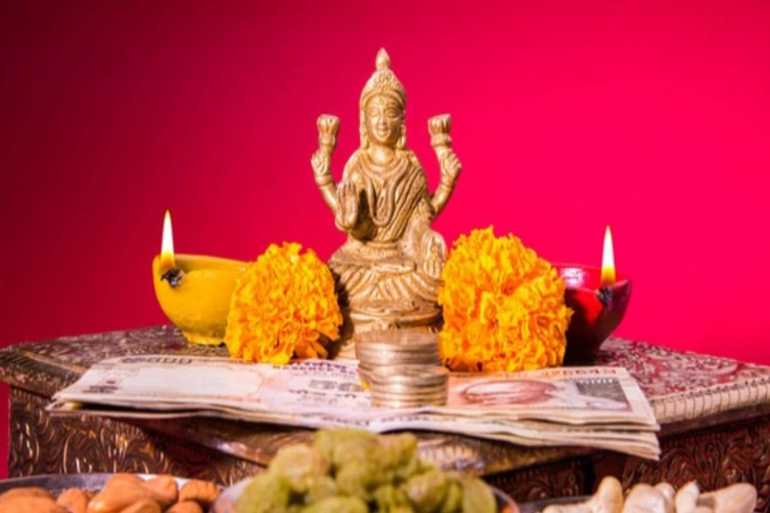 Going per Hindu mythology, every calendar year, Lakshmi Puja is believed to be done at Dhanteras, especially in the Pradosh Kaal which is believed to be the best muhurat for Lakshmi puja. For everyone who offers Puja during Dhanteras, they can initiate the puja right after the sunset and could last for the next 1 hour and 43 minutes.

October 25 is locked as the date for Dhanteras 2019. Believers can offer rituals and puja right after the sunset, the timing précised to be between 07:08 pm to 08:22 pm. The total duration for Dhanteras puja in 2019 will be around 1 hour and 14 minutes.

But, What is Dhanteras?

Dhanteras is nationally and internationally celebrated on a large scale every calendar year. It is basically the first-day celebration of the five days long Diwali festival celebrations where Dhanteras means the puja of wealth on the 13th day of the month of Ashvin as per the Hindu lunar calendar. People usually buy expensive and luxurious items during Dhanteras in the myth or belief that Laxmi has come home.

How Is Dhanteras Celebrated?

If you can recall the situation of yours and the neighbor's house, you might realize that most of the people generally repair their houses along with cleaning them, both externally and interiorly. People also could be seen decorating their houses with decorative lights and diyas along with designing colorful and attractive rangolis for the festival.

After sunset, the entire Hindu family is seen offering puja to the Goddess Lakshmi so that wealth, happiness, love, and prosperity can enter their house. People also chant mantras along with singing and listening to bhakti songs, celebrating this festival in the most beautiful manner. Also, people wear new dresses and others can be seen playing the game of gambling during this festival.

As per the Hindu mythology, the reason why Dhanteras is celebrated as a festival is due to the 16 years old son of the king Hima. As per the history, he was forecasted his death by the snake biting him on the 4th day of his marriage. In order to save his life, her wife cleverly searched for a way to save her husband from the forecasted death.

She collected and gathered all her ornaments and gold coins and made a heap of them at the doorway. Along with this, she started reciting stories to her husband so that he stays awake for the entire night. Yama, who is considered as the god of death took the form of a snake and arrived at the doorstep of the king's room. But due to the glowing lamps and gold coins, he was unable to enter the room. Later, he decided to crawl over the heap of coins in order to bite the king.

But in the same process, he sat near the coins for the entire night, listening to the song of prince's wife. Slowly, it was morning and he had to go away without taking the king along with him. This is how she saved the life of her husband after which the day started being celebrated as Dhanteras.