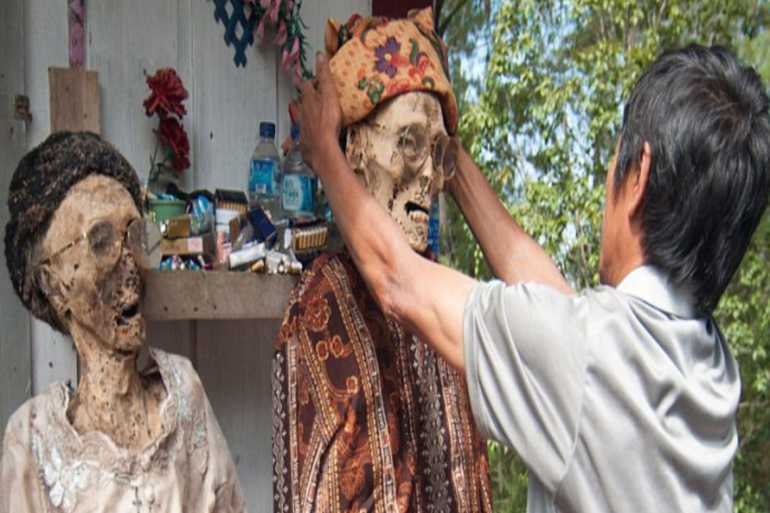 Earth is supposed to be filled with some of the weirdest and strangest cultures that might be unbelievable as per an ordinary individual. From cutting off fingertips to living with the dead, the world has eventually come up with incredibly strange cultures that are even hard to believe.

Every country has its traditions, culture, and customs that can amaze anyone at any time. Let's have a look at some of the rarest known cultures that are still in practice in modern time.

Can you cut off your fingers for anyone? You might be calling me insane while I asked you this question, but you might be amazed that there are people who cut off their fingers, and that too willingly.

The Dani tribe of Indonesia have their own tradition where the women willingly cut off their fingers, every time a death happens in their family. This is a way of expressing their grief of losing their loved/close ones.

For all those who don't know, Endocannibalism refers to the eating the flesh of members belonging to the same tribe or society. The Yanomami tribe who lives in the Amazon rainforest are globally known for practicing this culture.

Every time a member of their tribe dies, they end up consuming the flesh of the dead member which is consumed by the entire tribe. In fact, it is also said that these tribal people consume the ashes which are mixed with plantain soup. As per this tradition, this ritual is believed to help the souls reach paradise.

#3 Living with the Dead

Do you have the courage to exhume the corpses of people? You might find this unbelievable, but the Toraja people of Indonesia have a weird practice where they exhuming the corpses of the villagers is an important culture. In fact, it doesn't end here. The corpses are draped in special clothes and are paraded around the village.

As per the Toraja people, this ritual is carried out to clean the corpses, their clothes along with the coffins.

Shiite, who are adherent of the Shia branch of Islam are popularly known for their martyrdom. Ashura is an event where the Shiite Muslims grief about the demise Imam Hussain, a grandson of the Prophet Mohammad.

Today, selected men join a procession and flagellate themselves with daggers to the head for paying tribute and absolve sin. The practitioners believe that it helps them realise that they were not present to save Hussain.