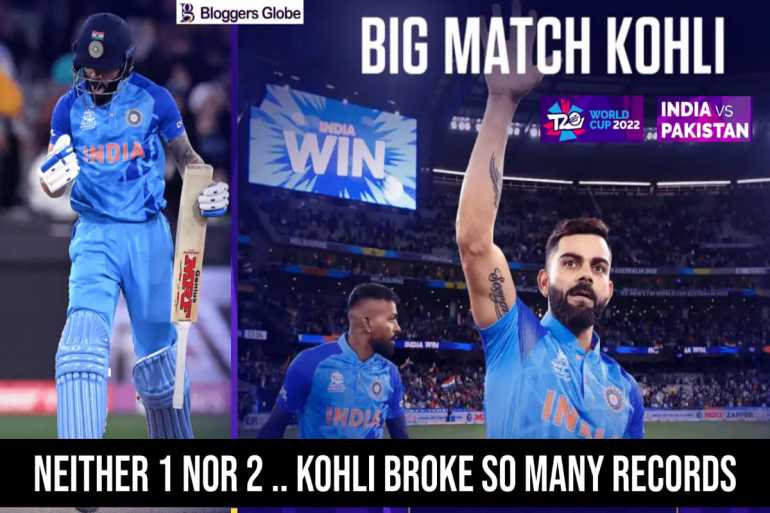 The chase master Virat Kohli wrecked a 43-ball fifty against Pakistan in front of 90,000 spectators at the Melbourne Cricket Ground on Sunday. India won by four wickets thanks to Kohli's undefeated 82 runs off just 53 balls.

Kohli hit 4 sixes and 6 fours in his 83-runs innings and broke a number of records also. Here is a full list of all those records that the former India captain ticked off:

At this point in T20Is, Virat Kohli has scored the most runs. In the shortest format, Kohli has once more surpassed Rohit Sharma. With 110 games under his belt, Kohli has now amassed 3794 runs at a staggering average of 51.97 and a strike rate of 138.41.

Virat has been awarded Man of the Match, which was his 14th award in T20 International, the most for any male player. He surpasses Afghanistan captain Mohammad Nabi's 13 Player of the match record.

4. Most Man of the Player Award in T20 World Cup

He has received player of the match honors six times in the T20 World Cup, which is a record for a male player.

5. Equals Chris Gayle's record for the most 50+ scores