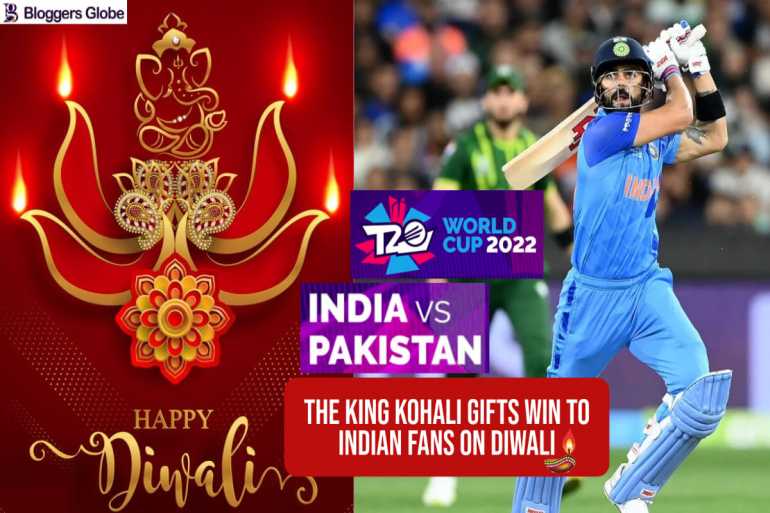 IND Vs Pak: Virat Kohli demonstrated once again why he is among the best players in the annals of this game. In an exciting match, the chase master's undefeated 82 runs helped India defeat Pakistan by 4 wickets. After the openers left early, Kohli took his time to rebuild India's inning. In the final overs, the 33-year-old unleashed himself to finish the job for his squad.

The KING is back

In an exciting match, the former India skipper scored 82 runs while remaining unbeaten to help India defeat Pakistan by 4 wickets. When India lost early wickets, Kohli took his time, and he and Hardik Pandya rebuilt the innings with a 113-run partnership. Pandya had trouble making big plays, but he did encourage Kohli to show off his best game.

Mohammad Nawaz lost his composure in the final over, and the 33-year-old smashed two stunning sixes against Haris Rauf on the final two balls of the penultimate over to keep India in the game. However, he completely lost control on a few deliveries with no ball and a wide, costing him two wickets. India won the match with a run from Ravichandran Ashwin.

.@imVkohli shone bright in the chase and was #TeamIndia's top performer from the second innings of the #INDvPAK #T20WorldCup clash.

A summary of his batting performance pic.twitter.com/493WAMUXca