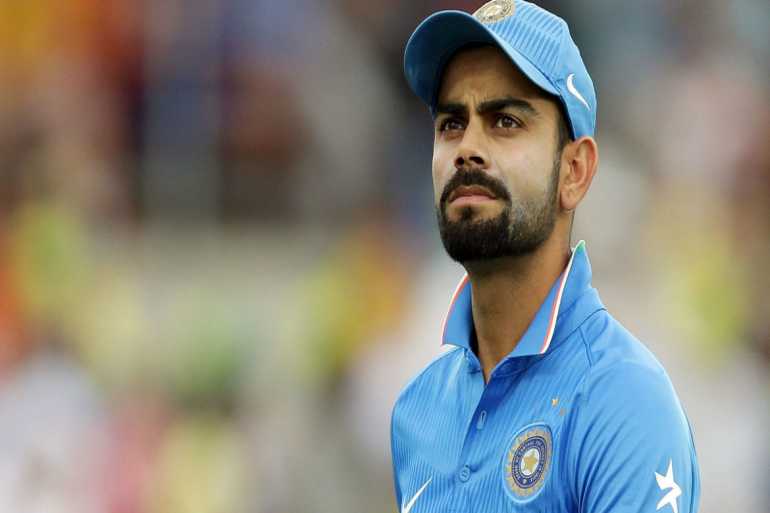 Reason Why Virat Kohli Is Considered As The G.O.A.T

Some might call him aggressive while others can consider him as one of the best Indian captains. But what is mutual among all the viewers and critics is the fact that Virat Kohli is undoubtedly one of the best cricketers which the game has ever produced. He might be aggressive, but he is a run machine.

Today, Virat Kohli is celebrating his 31st birth anniversary. Cricket lovers from all across India along with global countries are sending him immense love and congratulations on this auspicious occasion. But do you know that Virat Kohli has been given the tag of GOAT while scoring runs for his team and making Indian proud? Yes, you are right. GOAT is actually an abbreviation that stands for 'Greatest Of All Time'.

Currently, Virat is on a completely different mission to conquer all the cricketing formats with his captaincy and cricketing skills. In fact, it won't be wrong to say that there are hardly any grounds left in the world where Virat has failed to perform. Virat Kohli is also a part of the 'Fabulous Four' group which includes cricketers like Steve Smith, Joe Root, and Kane Williamson.

Now, let's know why Virat is widely considered as the 'GOAT' in the cricketing fraternity.

His Consistency Is Fabulous In All The Formats

The primary thing which makes Virat the greatest batsman of all time is his consistent form which he displays in almost every cricketing format. Whether it's Test, ODI, or T20, Virat has incredible stats that explain his ability as a cricketer. Right after his debut in 2008, Virat never looked back and kept working on his ability to improve his performance. He has already broken a plethora of records and continues to break more as his cricketing career goes on.

It seems that in recent time, Virat and fitness run parallel with each other. Virat is undoubtedly the fittest batsman that is an active part of the playing 11 from all across the world. Over the years, Virat has increased his focus and now gives utmost and primary importance to his health, training his body exceptionally well. Even the Indian dressing room which is full of youngsters are widely inspired by Virat's fitness and wants to achieve the same. Virat has definitely brought a huge revolution in the cricketing fraternity where health and fitness are now considered as a necessity for any cricketer.

His Commitment Towards The Game

Virat has not only managed to set the benchmark in the cricket but has amazed the entire world with his sheer dedication and commitment towards the game. You can feel his intensity and passion pouring out in almost every other match. For example, during an inning in IPL, Virat came out to bat with a broken finger. Not only he won the match for his team, but he also scored a century in the same inning. Here comes another instance where Kohli despite the demise of his father came on to the field and played for his team in a Ranji game. He scored valuable 90 runs which were enough to save his team. Incredible!