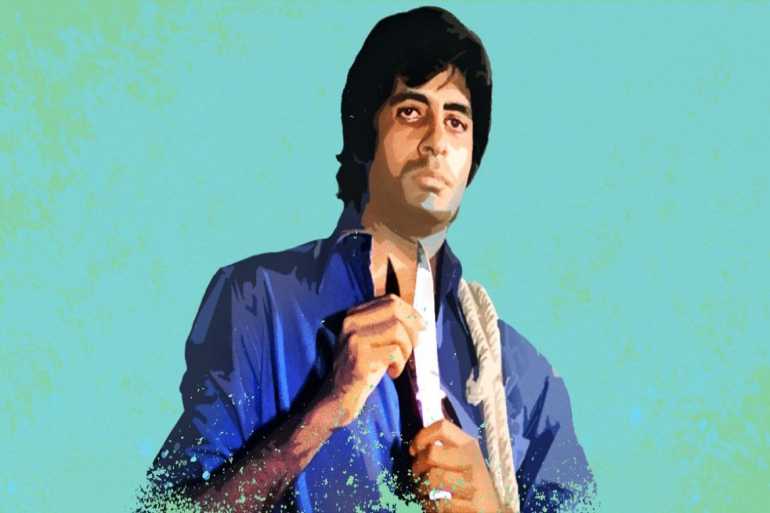 Amitabh Bachchan's Journey From Being A Zero To Hero

Almost every success story has some uniqueness which eventually inspires a huge mass of audience. People going through the story might realize that their paths would be completely different, but such stories surely encourage people in order to achieve the top rank in their respective fields.

Today, Amitabh Bachchan is celebrating his 77th birth anniversary. He is a living legend who has inspired almost every existing Bollywood superstars of this era. Whether it's Shah Rukh Khan or Salman Khan, every other celebrity looks up to Amitabh for his attitude, aura, personality, and success that he achieved over the course of years.

But do you know that Amitabh's journey is no less than a roller coaster ride? Yes, you heard it right. Before becoming the Shahenshah of Bollywood, he underwent some serious failures that almost drained him in terms of morale and confidence. But his hunger for sustaining in the B-town helped him crossed every hurdle, eventually gaining him the fame that he possesses in today's time.

His First Failure Came From All India Radio

Before Amitabh tried his luck in the Bollywood industry, he headed to All India Radio (AIR) in terms of getting employed. But as Amitabh says, the firm rejected him explaining that his voice was not suitable for the radio shows that were being telecasted at that time.

He Was a Complete Alien in the Bollywood Industry

We all know that without having a proper connection in the Bollywood industry, it's very tough to get a break and emerge out as a successful superstar. In the quest for the same, Amitabh without having any backup came to Bombay to become an actor. As per reports, he even ended up spending a few nights on the roadside of the Marine Drive.

Would you believe this? Amitabh Bachchan after getting a break in the industry ended up giving 17 consecutive flop movies that nearly ended his career before even starting properly. It was the movie "Zanjeer" which became Amitabh's first major hit and established him as the Angry Young Man of that time.

The Inception of ABCL

During the 90s, Amitabh Bachchan decided to start a new journey by launching his production company named, ABCL. Reportedly, Miss World of 1996 was under his belt that assured him to gain success in this new field as well. But it seems that destiny had something else planned for him.

ABCL production firm failed drastically, recording not even a single hit under its banner. By the time ABCL was almost dead, Amitabh found himself almost bankrupt which is when he brought down the curtain for ABCL.

Finally, It Was Yash Chopra Who Gave Him a Chance Again

By the time ABCL completely vanished from its existence, Amitabh and Yash Chopra already shared a good relationship as they had collaborated many times in the past. This duo had given some superb hits which are still considered as some of the evergreen movies of the Bollywood. Keeping his ego and attitude aside, Amitabh approached Yash Chopra for a role in any of his movies. Yash Chopra gave him the role in the movie Mohabbatein which later on became the revival movie for this legend.

After that, Amitabh never looked back and continues to grow as the strongest and most talented actors that still exists in the Bollywood industry.