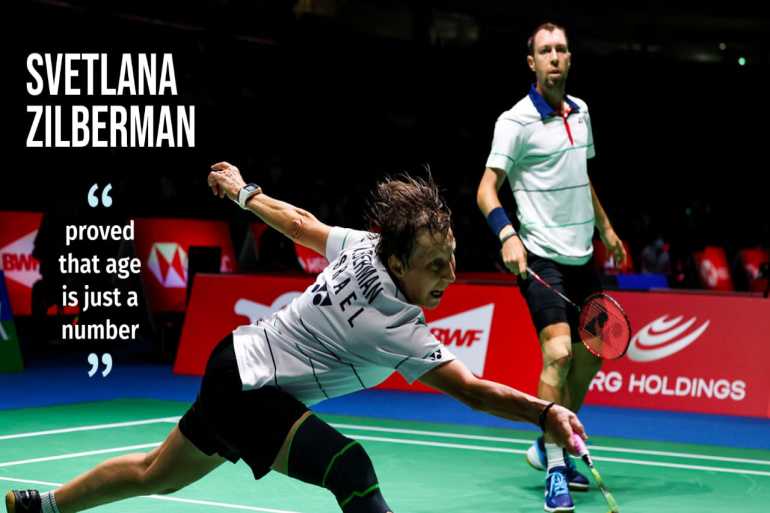 Age is just a number, if you have passion and confidence then it can be easily defeated. This has been better proven by Israel's Svetlana Zilberman. On Monday 22 August, the 64-year-old Israeli shuttler became the oldest player to win a match at the World Badminton Championships 2022.

64-year-old badminton player, teaming up with her 33-year-old son, Misha Zilberman recorded their first win in the mixed double happening in Tokyo.

A mother-son duo combinedly defeated the World No. 51 Egyptian pair Doha Hany and Adham Hatem Elgamal in an intense 36-minute encounter.
With this win, Svetlana becomes the oldest shuttler to win a match at the BWF World Championships.

A glance at Svetlana's Career

Svetlana was born in Belarus, when she was 25 years old, she could not find a place in the immediate Soviet Union team. He was considered old enough to be selected for the championship. Although she was in excellent form at that time.

Earlier this record was in the name of 46-year-old Matthew Fogarty, who won a match at the prestigious global event in the men's doubles category back in 2003.

After this win BWF mentioned this Israeli pair’s win on their official Twitter handle.

At 64 years old, Svetlana Zilberman has won her first #BWFWorldChampionships opening round match.

Yes, Svetlana Zilberman is (of course) the oldest player ever to win a match at the #BWFWorldChampionships - its not even close. pic.twitter.com/WyjF7loPQx