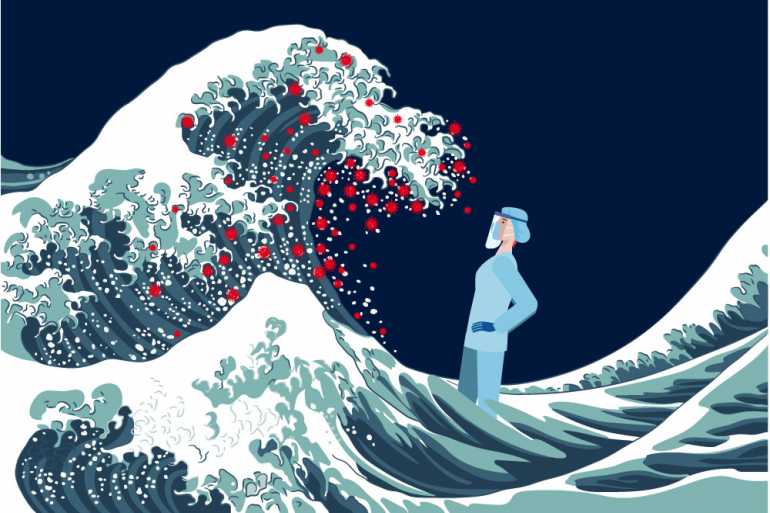 “Being ready before the storm strikes is sometimes,

the difference between life and death”

Coronavirus, being the infinitesimal virus yet being horrendous enough, pacing to take over more and more lives as it can. Not getting tired of misconstruing things, being the most superior beings, humans are helplessly kneeling down to this pandemic. A crisis like a coronavirus brings to fore many heroes, people going out of their way to help selflessly. It brings to the surface many people who choose not to act in the larger interest of society. Some of their behavior is silly, but a lot of it is downright dangerous, not just to themselves but to everyone else.

This rampaging second wave of covid 19 has hit India harder than anyone could imagine. Adding to that, the business class's crony capitalism and contemptible philanthropy have reduced the universal right to getting vaccinated for free! Therefore, The country has reported 22,992,51 total infections and deaths have burgeoned up to 249,992. Ranking superior to any other country globally, India is number two in pilling up cases and acquires number three in total deaths. With frowned expressions and reprehensible hope, families are probing for a single oxygen bed, where all of their members could be tightly fitted and gasping for breath. The second wave in India appears to be ascending faster than the first wave that peaked in mid-September.

Even though the administration has geared up to tackle the threat, residents are not adhering to safety protocols. People are seen recklessly letting down the guard after daily covid cases came down drastically. There is a spurt in covid-19 cases in several parts of the world which prompted the authorities to urge people not to throw the government's instruction to the wind. The officials have booked 24,329 cases for flouting rules pertaining to wearing masks in district Kannada, hence have collected a fine of rs. 2,56,898. So far Maharashtra, Haryana, and Punjab have been grappling with cases either equal to or more than the earlier records. Although states like Himachal Pradesh, Uttrakhand, Bihar are likely to be still in the infant stage to the second wave.

Wrestling with each shortcoming, our frontline warriors like doctors, police, pharmacists are not leaving any stone unturned, staking their lives shielding ours on the verge of death. Then why are we utterly determined to top ourselves? Following that, the state government has ramped up their testings and inoculation drives. Scientists anticipate this wave will last longer than the earlier one, given the progress of vaccination of the population that is 1.3 billion!!

Solidarity in times of crisis will save the only earthly offsprings capable of continuing the progeny. Therefore, rather than completely banking on the administration, it is our high time to act like accountable citizens. Otherwise, we all will get guilty of unsolicited deaths, hanging our heads in shame and remorse, left with nothing but nuked lives and tears rolling down the cheeks!

You need an update..

Extroverts: How to Deal with Lockdown?

5 Habits to Cultivate During Self Quarantine