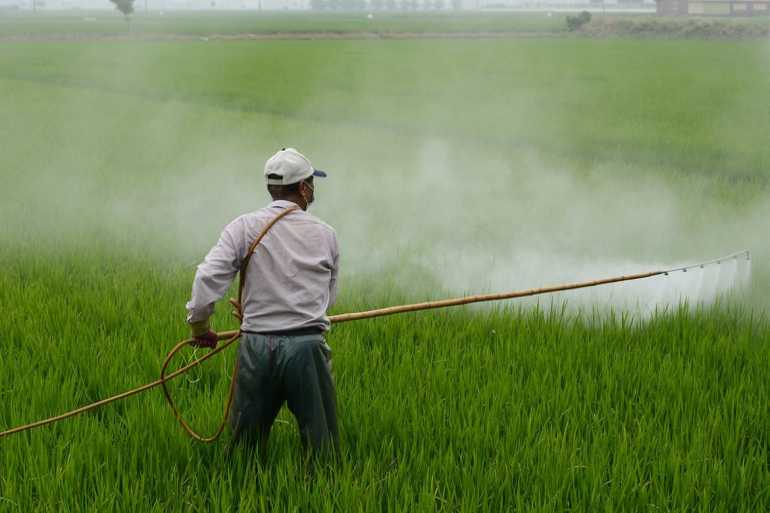 Debunk the Myths About Pesticides

Agrochemicals/ pesticides are commonly considered hazardous for health. But do you know the truth behind these crop protecting chemicals which are actually required for a healthy crop? With a gigantic task of feeding 1.35 billion mouths, these chemicals are the only way out to cultivate more from decreasing arable land in India. Judicious and safe use of these products not only prevents crop losses but also helps to ensure food, nutrition& health security. Let’s check out some common myths associated with pesticides shared by Dhanuka Agritech Ltd, the leading agrochemical company

Pesticides are mere a shortcut to higher productivity

A widespread myth. Pesticides are recognized as an essential solution in preserving the health of the crops. Over 40, 000 varieties of insects, weeds are found in our farmlands which destroy agricultural produce worth over $11 billion annually. Pesticides are required not only for improving crop health but also to save it from these insects, weeds, fungi, bacteria, viruses, and microorganisms which damage them regularly.

Agrochemical usages are maximum in India

As per a study/analysis by TATA Strategic, FICCI 2016, India has one of the lowest consumption of pesticides, with a per hectare consumption of just 0.6 Kg as compared to the US (5-7 Kg/ha) and Japan (11-12 Kg/ha). The number of pesticides registered in India is far less to several other countries. Further, its use is highly cyclic and is limited to a few states and crops which is required for a healthy and good quality crop. India accounts for hardly 2% of the world’s pesticide usage and produces more than 16% of the world’s food.

Increased Pesticides use cause cancer and birth defects

The most common myth which is untrue. The agrochemicals used in India are tested under statutory regulation. With a stringent registration process, it is evaluated for its all toxicological / safety parameters which also include the carcinogenic property and effect on reproduction. The pesticides being used today are not carcinogenic or teratogenic, which can either cause cancer or birth defects. As per WHO, no pesticide is registered conclusively as carcinogenic while alcohol, Tobacco, Red meat, etc. are mentioned. In our country there are appx166 cases of cancer per lakh population, while in a country like Singapore where hardly any pesticide is used; there is 454 (appx.) number of cases per lakh population.

One of the biggest modern myths about agriculture is that organic farming is inherently sustainable. Though crops produced organically contain fewer contaminants, they are not completely free of impurities. Moreover, complete organic farming would not be feasible for high-producing intensive cultivation. Animal dunk/ manure commonly used in organic farming has become a scarce commodity due to the dwindling farm animal population. The only noble prize winner for agriculture domain -Dr. Norman Borlaug had said that “Switching on food production to organic would lower crop yields. We can use all the organic that is available but we are not going to feed six billion (now> 7 Billion) people with organic fertilizer or material”.

Safety of our food

All India residue network under the ministry of Agriculture has tested more than 1,23 000 samples between 12-18 and only 2.04% samples residue was found above MRL(Minimum Residue Limit).

Benefits of Yoga and Meditation