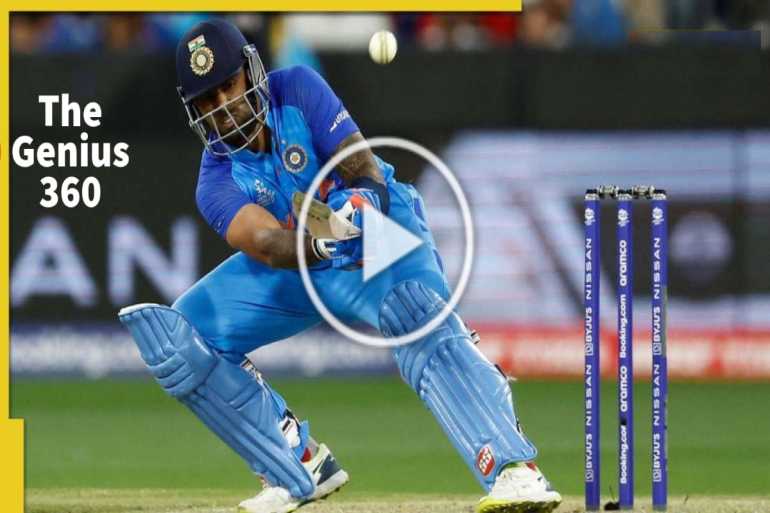 IND vs ZIM: watch Mr. 360 Suriya's storm in the last 5 overs, Zimbabwe bowlers were in shocked

Suryakumar Yadav set the field on fire in the 42nd match of the T20 World Cup played against Zimbabwe. With his scintillating batting, he exposed the Zimbabwe bowlers. Team India was in a bit of trouble when Surya came on the field. The team's score was just 107 runs for 4 wickets in 15 overs. After this, Surya caused such devastation that cricket lovers were blown away.

In the 16th over of Blessing Mujarabani, he hit three fours. After this, in the 17th over, Richard Nagarwa's first ball four, Surya hit a six on the third, creating panic in Zimbabwe's camp.

Following this, Surya returned in color in the 18th over and struck a four on the second ball and a six on the sixth. Surya didn't stop now. He struck a four again in the 19th over. At the conclusion of the 19th over, Surya had scored 43 runs in 21 balls. Surya continued to score runs at a strike rate of more than 204 while hitting five fours and two sixes.

Surya hit a six on a third of the 20th over, a four on the fifth, and a six on the sixth ball, not only hitting a quick half-century but also taking Team India's score to 186 runs in 20 overs. Surya scored an unbeaten 61 off 25 balls at a strike rate of 244, which included 6 fours and 4 sixes.