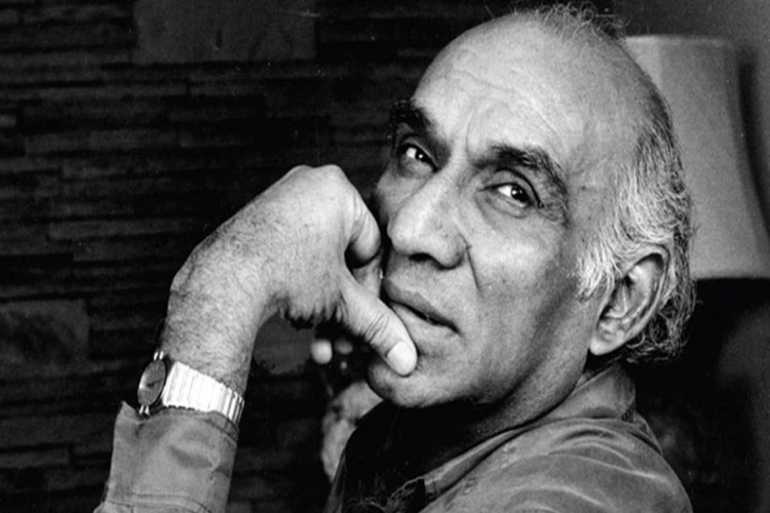 Romance all-around along with beautiful foreign sceneries like Switzerland was an essential element of Yash Chopra's movies. Dated today, Yash Chopra was born in 1932. From his early days, he was interested in directing movies which later turned into a reality. The dynamic individual soon turned into a renowned director who gave superb hit movies, mostly of the romantic genre.

Even after his demise, Yash Chopra is still remembered for directing great romantic Bollywood movies that have their own impact till date. His journey was long which finally ended during the making of Jab Tak Hai Jaan where the world lost a prestigious gem in his form in October 2012.

Almost every Yash Chopra movie is a masterpiece which has been hugely appreciated by both the audiences and the critics. Today, Bloggers Globe will be highlighting some interesting stories behind some of his directed movies.

#1. The movie Chandni which had popular faces like Sridevi was produced in an era where action genre was in high demand. People only wanted to see action-packed movies and directors addressed the demand precisely. But one day as Yash Chopra was riding his car, he saw different movie posters belonging to the same genre, 'Action'. This was the moment where he decided to make a romantic movie which later became a blockbuster and gave Bollywood a talented start named Sridevi.

#2. Amitabh and Rakhi starrer Silsila is widely famous for a beautiful story and direction along with the on-screen chemistry of both the actors. But do you know that the tune of the song 'Neela Aasmaan' was inspired by someone whom Yash Chopra knew closely? Yes, that's right. The tune was created by Shammi Kapoor and Amitabh Bachchan which was later used in the movie after both the actors granted permission.

#3. The producer of Kabhi Kabhi, Gulshan Rai very early predicted that the movie will sink badly once it gets released in the theatres. He assumed this as this was an era of action where every Bollywood movie belonged to the same genre. But fortunately, the movie started well and soon became a blockbuster, changing the trend in the Indian cinema industry.

#4. Out of all the movies that he directed, Lamhe was Yash Chopra's most favorite movie. The movie collapsed soon after getting released which shocked the director himself. He was so pissed off at the audiences that soon he was holding grudge against the viewers for not accepting this movie. Furthermore, Sridevi had also said no to a lot of movies of Yash Chopra stating that she will only be a part of that film which matches the level of Lamhe.