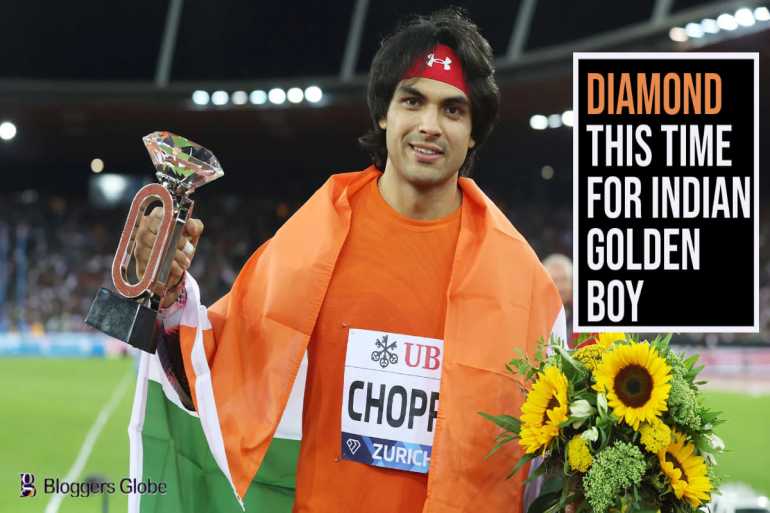 Neeraj Chopra won the men's javelin Diamond League series championship on Thursday, September 8, making him the first-ever Indian athlete to hold the renowned title. Chopra's list of achievements over his brief career is growing, and the victory in Zurich is another one.

The javelin expert recorded a throw of 88.44 meters on his second attempt, which was sufficient for him to win the competition. The remaining five participants were no match for the gold medalist from the Tokyo Olympics, who ultimately won the race handily.

Chopra persisted and produced reliable throws as Vadlejch, his closest rival, struggled to reach the 87-meter mark with his best effort of the evening coming in at 86.94 meters. His fifth attempt measured an amazing 87.00m.

Golds,Silvers done, he gifts a 24-carat Diamond this time to the nation

On Thursday night at Letzigrund Stadium in Zurich, the applause erupted when the last name was announced when the participants were revealed for the javelin throw (women, then men).The camera switched to spectators holding up placards with the letters "N E E R A J, G O" as Indian Olympian Neeraj Chopra folded his hands and took a bow.

When was the last time you saw something like this for an Indian track & field athlete? #ZurichDL#NeerajChopra pic.twitter.com/MLrI9j3sGF

He remarked after the season came to an end with a flashy parade of the winners, "Felt very good, aaj aisa feel hua ki hum bhi global athletics ka ek hissa hain (I really felt tonight that I am a part of the world athletics fraternity too), and that I too can make fans happy seeing me perform).

Neeraj has won gold at the Olympic Games in 2021, silver at the World Athletics Championships in 2022, and gold at the Asian Games, Commonwealth Games, and Asian Games in 2018. He had, however, mentioned the value of Diamond League competition for him and stated that he would love to win the Diamond Trophy to complete the set.