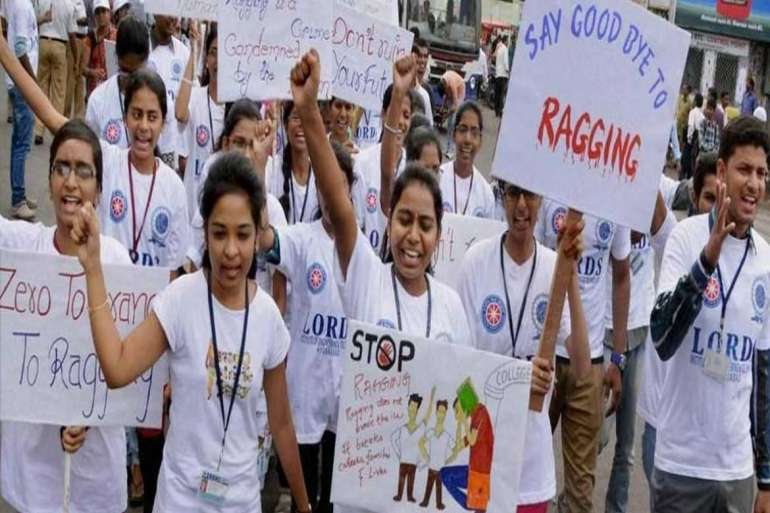 Ragging is the action of scolding, teasing, criticizing or nagging a person. There have been many complaints of physical and psychological injury due to ragging in colleges and schools. Nowadays, it has turned out to be a nightmare for students and their guardians at the time of admission to any educational institution. Earlier, Ragging was a practice where senior students of colleges or schools used to simply tease and take mock interviews of the new students, just to know one another. But today, this exercise includes torture and sexual abuse which not only deteriorates one’s health but affect them mentally and emotionally.

People think that Ragging is a socio-cultural problem. But the truth is that in some cases, it has led to serious injuries and even deaths of many students. Ragging is not only done on basis of caste, race, gender or religion. Some people actually get pleasure out of inflicting pain on others. They enjoy the superiority of being the strongest and making another person look weak. Sometimes, senior students indulge in smoking, alcoholism and drug abuse that compels the new students also to initiate in bad habits which ruins their career.

Ragging has given birth to enmity among students. But you know what?? It just takes strength and bravery to revolt against people bullying you. Well, I have been continuously hearing one thing in my life that we would face situations where our seniors in our professional life would stress us and ask for unwarranted things from us. Ragging prepares us for the same, so that we don’t break down in such circumstances. Thus it makes us strong! It increases our resistance power. So, it's high time for us to become rebellious!