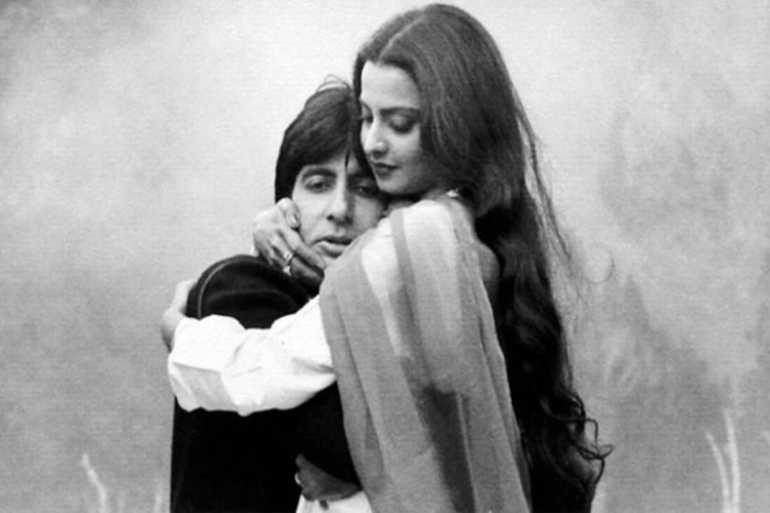 On Rekha's 64th Birth Anniversary, Know The Details About Her And Amitabh's Past Relationship

When it's about the most talked about love stories or affairs in the Bollywood industry, Rekha and Amitabh's name certainly pops first in our head. In fact, still, their love story is discussed openly, depending upon the situations and mediums. But their fans faced disappointment as both the individuals never accepted their emotions publically. Maybe, this happened as Amitabh was already married when this love story got started.

Today, Rekha is celebrating her 64th birth anniversary. This diva has always been into the headlines and is an epitome of everlasting beauty along with being a superb actress. Let's get into the deeper branches and unfold the secret behind their love story.

It All Started on the Sets of Do Anjaane

Yes, you heard it right. Do Anjaane's set was the first place where Rekha's and Amitabh's love story started blossoming. As per the reports, Amitabh was already a married man. Due to this, this love bird used to spend quality time in a bungalow which was owned by Rekha's friend.

Rekha and Amitabh both initially successfully managed to hide their feelings for each other. But as it's said, everything is eventually revealed, the same thing happened with this lovely duo. On the sets of Saugandh, Amitabh reportedly lost his cool on a co-actor who was misbehaving with Rekha.

This incident was enough to bring this relationship into the limelight after which things were never calm for both of them. In fact, Yash Chopra in one of his interview confirmed that they both were dating and were deeply in love with each other.

Jaya Spoke Nothing About This

While this news got unfolded, the person who was believed to get most affected by this was Jaya Bachchan. But, despite the news got viral at a thunderous speed, no one ever got a clear idea about how she exactly felt until a report came into the limelight. Amitabh and Jaya were present in a party where Rekha showed up randomly. By this time, the rumor of Amitabh and Rekha secretly got married was already viral.

At the same party, Rekha was seen wearing sindoor and mangalsutra which eventually grabbed everybody's attention. Reportedly, Jaya tried to stay normal for a long time but eventually, she had to bend her head and let the tears roll down.

As per reports, Jaya Bachchan ended up inviting Rekha home over dinner. The prime motive was to have a candid conversation with her, stating that she will never leave her husband in any situation. Rekha soon realized that either she wants to be Mrs. Bachchan or she will remain single for the rest of her life.

After Amitabh and Rekha's relationship got over, Rekha decided to marry Mukesh which can help her head ahead in her life, both personally and professionally. But soon, this happiness was also not meant for this evergreen and ravishing beauty. She came to know that his husband was mentally ill and they both were poles apart. This is when she decided to distance herself from Mukesh and ended up ignoring Mukesh completely.

But on one unfortunate day, Rekha got to know that his husband committed suicide as he was not able to take all of these. Their marriage only lasted for seven months.