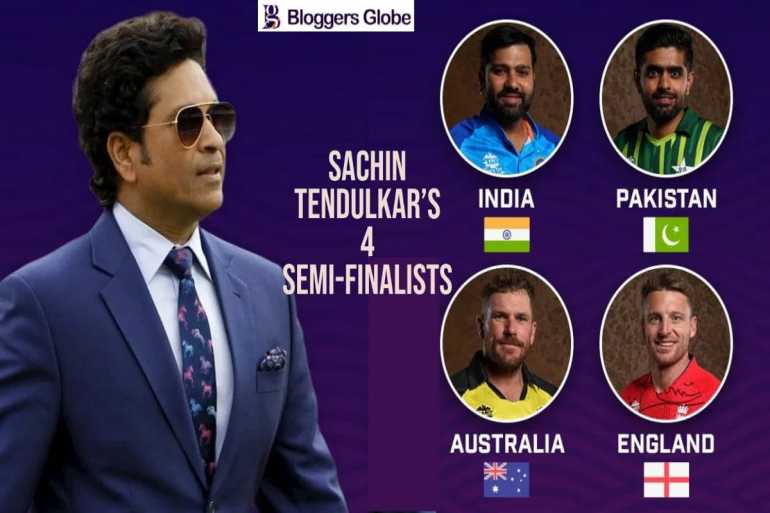 Sachin Tendulkar picked 4 teams including India, and Pakistan for the semi-finals of the T20 World Cup 2022 but ...

The legendary batsman Sachin Tendulkar expressed his desire for the Rohit Sharma-led team to win the T20 World Cup in 2022 and picked India, Pakistan, Australia, and England as his favorite teams to advance to the tournament's semifinals. Australia and England are in Group 1 of the Super 12, while South Africa, Pakistan, and India are in Group 2 of the same tournament.

The T20 World Cup action started in Australia, and the teams are competing for a spot in the Super12 by going head-to-head in the event's opening round. The teams currently a part of the Super 12 recently participated in the practice matches.

The Master Blaster identified 4 teams who he believes will advance to the semifinals in an interview with The Telegraph. India, Pakistan, Australia, and England will finish in the top 4, predicts the ICC Hall of Famer.

"Of course, I would like India to win, but my top four teams would be Pakistan, Australia, England, and India. The underdogs are South Africa and New Zealand. From September through October, South Africans experience these circumstances at home. They are accustomed to these situations," Tendulkar told The Telegraph.

Notably, India will begin their T20 World Cup campaign against Pakistan on October 23. India enters this tournament after winning the back-to-back T20I series against Australia and South Africa at home. When India defeated Pakistan in the inaugural edition's final in Johannesburg in 2007, they became the first team to win the T20 World Cup.