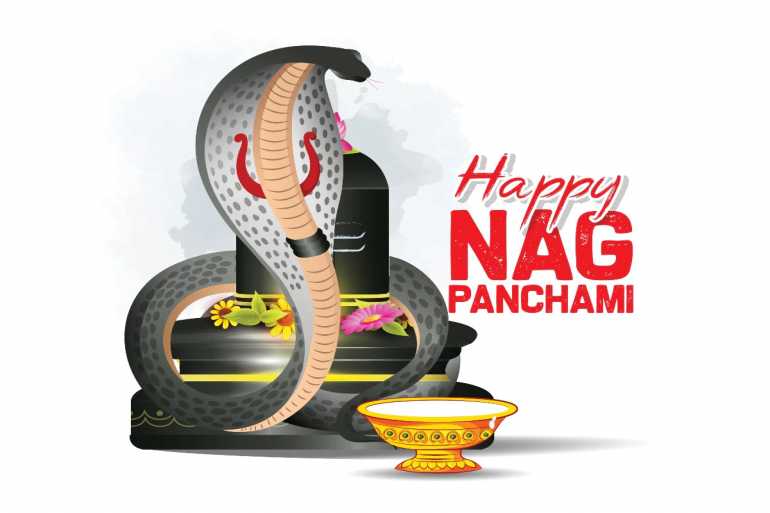 Significance and Beliefs of the Nag Panchami celebration

Naga Panchami is a day of traditional worship of Nag Devta or snake God observed by Hindus, Jains, and Buddhists throughout India, Nepal, and other countries where these communities live. According to the Hindu calendar, the day is only noticed during the Shukla Paksha. The day is celebrated to discard karmic and astrological shortcomings from life. As part of the festivities, milk is offered to snakes hopping to get blessings for the family's welfare.

Panchami is the fifth day among the fifteen days of the moon's waxing and/or waning. People also fast during the day of Naag Panchami.

History and significance:
According to Hindu mythology, the God Krishna was playing by the side of river Yamuna suddenly his ball got stuck in the branches of a tree by the riverside. while he was retrieving the ball, God Krishna fell into the river and was attacked by the Kaliya snake.

He fought hard and the snake realized that Krishna was not an ordinary child hence, pleaded with him not to kill it. Krishna spared the snake by taking a promise that it will not harass the people anymore therefore, Nag Panchmi is celebrated to mark the victory of Krishna who saved the lives of people from the harassment of Kaliya, the most dangerous snake.

The belief behind the Nag Panchami celebration:

There are multiple beliefs behind the celebration of Naag Panchmi. some of them are

Janmashtami 2022: Follow these rules to keep Laddu Gopal at home