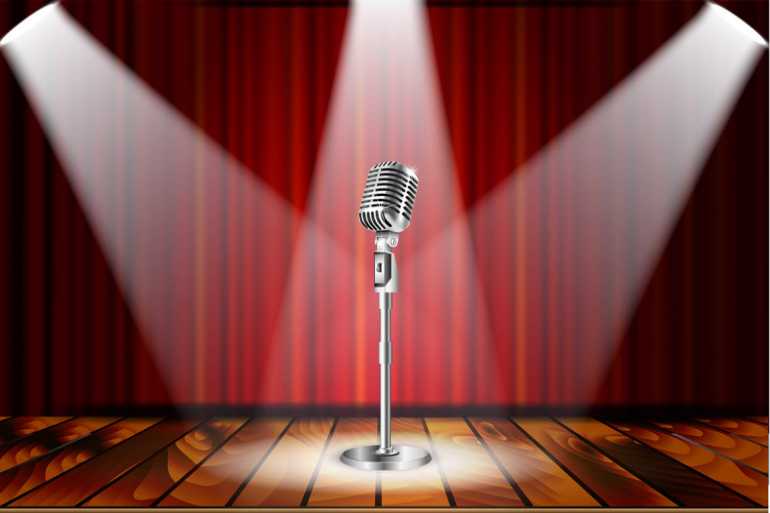 But one thing is for sure. Stand-up comedy is definitely one of those emerging stages where talented people are often heading forwards for showcasing their comic talents. While some comedians share their day-to-day struggles, wrapping it with comedy punchlines to which we can easily relate to. Others like Kunal Kamra and Varun Grower often state the political issues that are occurring in India in a way that was never imagined before.

In fact, if you are an Internet junkie, you must be aware of Amazon Prime's new show called, "One Mic Stand" where Dr. Shashi Tharoor was seen doing stand-up comedy for the first time ever. Amazing, isn't it?

Thanks to the constantly evolving stand-up comedy culture in India, the exaggerated laughter of Navjot Singh Sidhu and Archana Puran Singh is now a faded memory. While OTT platforms like Amazon Prime and Netflix are organizing specials for known stand-up comedians like Zakir Khan and Kenny Sebastian, YouTube is still the most preferred platform for all the rookies and newbies interested in this rising culture.

If you don't really agree with this statement, all you need to do is to open your YouTube and scroll down for just 2 minutes. Now notice the number of stand-up comedy routine you saw while just scrolling down. Does it explain something to you?

But just to assure, comedy is not a new thing in India but stand-up comedy is definitely one. India has witnessed some great comedians over the past decade like Mehmood, Johnny Lever, Jaspal Bhatti, and Raju Srivastav. While Raju Srivastav was among the first few faces in the newborn Indian stand-up comedy culture, the other three were brilliant comedy actors from the television and mainstream industry.

So, what could be some possible reasons behind this enormous growth of the stand-up comedy culture in India? Think about it and let us know in the comments if you come up with new pointers.

It can be true that great stand-up comedians might have existed for a long time in India now. But due to the lack of a proper platform, those talents might have evaporated with time. India was a bit late in welcoming the stand-up culture in our society. But as they say, it's never too late for anything, finally, the stand-up culture is growing massively and strongly, thanks to platforms like YouTube which is easily accessible by everyone.

You just need to be loaded with great comic and stand-up talent in the age of YouTube. You just need to shoot a video of your act, edit it, and upload it for the world to see and appreciate and laugh at your punchlines and stories. This is why both a newbie and an experienced stand-up comedian is very active on YouTube as it can gain you the fame and attention you desired and deserved, both nationally and internationally.

The Crowd Has Turned Comic-Savvy

Well, this is yet another interesting but important factor behind the growth of stand-up comedy culture in India. Without a crowd that doesn't laugh at your jokes, stand-up comedy is nothing but your own grave after the funeral. Crowd and audiences these days are more humor friendly that usually welcomes and accept any statement and information which are relatable and true.

Haven't you ever noticed stand-up comedians making fun of their audience with the crowd sharing laughter on the same issue simultaneously? This is perhaps the best part of stand-up comedy where people usually make sense through their humorous jokes and acts and gets appreciated in return. Moreover, the youth prefers addressing current affairs and important topics in a funny manner where some stand-up comedians are religiously following this pattern.

The current Indian stand-up comedy society is getting denser with each passing day. As the future looks promising, the competition within this segment to sustain will also get tougher as time passes by. As a comedian, you need to have a raw and fresh routine that can easily engage your audience, forcing them to laugh out loud hilariously. Otherwise, the journey will remain a vague one where other comedians with great routines and comic timings can overstep you, engraving their names on different milestones in this industry.