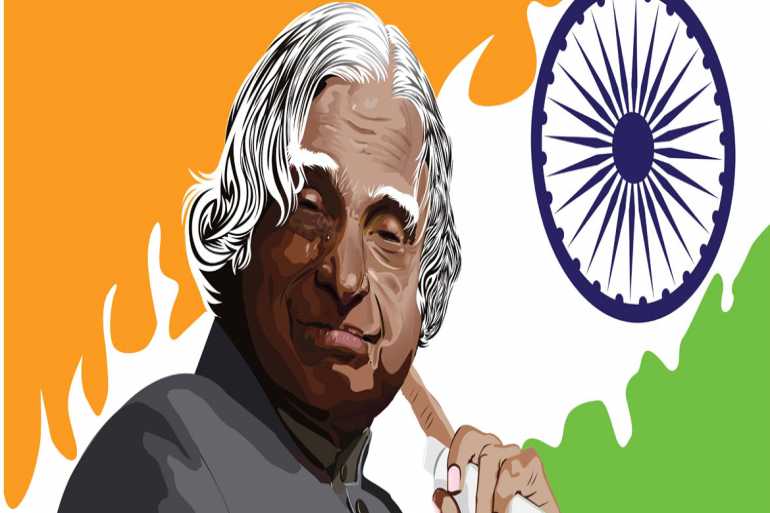 Avul Pakir Jainulabdeen Abdul Kalam who is better known as APJ Abdul Kalam was the 11th and the most loved Indian president of all time. A scientist by profession, his contribution towards the development of the country is huge which no one can ever neglect.

His missile defensive programme gained him immense popularity not only in India, but throughout the world. In fact, APJ was globally recognised as one of the best human being alive who also had a passion for teaching. In fact, in an interview of his, APJ said that he always wanted the world to remember him for his passion towards education and teaching.

Ironically on July 27, 2015, Kalam fell down suffering a stroke and passed away while delivering a lecture at IIM Shillong. Moreover, APJ's love towards students and education was so popular that the United Nations declared his birthday as ‘World Student Day'.

On his fourth death anniversary, Bloggers Globe highlights some interesting facts about APJ Abdul Kalam that might interest you. Let's have a look at them.

APJ Abdul Kalam was born on 15th October 1931 Ramanathapuram district of Tamil Nadu. His father whose name was Jainulabudeen was the owner of a boat whereas his mother, Ashiamma was a housewife.

For supporting his family economically, APJ used to distribute newspapers daily after his school hours.

APJ's entire journey is a life-lesson to many people. APJ managed to leave his poverty behind and ended up becoming the 11th Indian president from 2002 to 2007.

In fact, his calm and loveable nature made him widely referred to as the most loved Indian president ever and ‘People's President'.

Everyone knows about Kalam's love for aircrafts and pilots. But did you ever know that he always wanted to become a fighter pilot for the Indian Air Force?

Yes, this is right. In fact, eight candidates were selected for the fighter pilot's position where Kalam stood at the ninth place which caused him to miss the opportunity.

APJ Abdul Kalam was popularly known as the Missile Man of India. His contribution on the launch of vehicle technology and ballistic missile got him the popularity and later he was rewarded with this new name.

His autobiography, Wings of Fire was originally published in English which later got translated into more than 12 languages.

You might be amazed to learn that APJ Abdul Kalam is among the three presidents of India who were felicitated with Bharat Ratna before being elected as a president.

In fact, Kalam was a proud recipient of Padma Bhushan and Padma Vibhushan as well in the years 1981 and 1990 respectively.