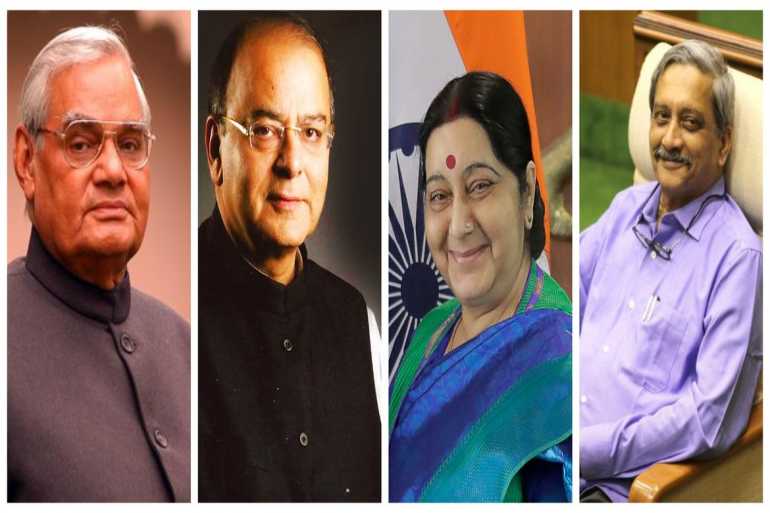 While the country is going through some ups and downs on a regular basis, similar is the situation with the current leading party of the country, the Bharatiya Janta Party. The party has recently seen demises of some great leaders and politicians that could be considered as the essential components of the BJP.

Recently, former finance minister and senior BJP leader Arun Jaitley passed away on Saturday at AIIMS in Delhi. As per the information, he was suffering from a long-standing illness due to which he was admitted to AIIMS on 9th August 2019 due to breathing issues. The year 2019 has not been good in this sense for the BJP as the party has already lost 7 veteran leaders with still few months left in this calendar year.

The sequence of death started with Balramji Das Tandon who was the former Chhatisgarh governer. He took his last breath on 14th August 2018 where doctors informed that he was completely in a state of uneasiness. He died at the age of 90 and took his last breath at BR Ambedkar Memorial Hospital.

The former PM of India and veteran politician in the history of India, Atal Bihari Vajpayee took his last breath on August 16, 2018. He was admitted to AIIMS on 11th June 2018 after his kidney tube got infected. Indeed, this was a major loss that will be affecting the BJP squad for a long time.

Ananth Kumar, who was an active member of the BJP party for both Atal Bihari Vajpayee and Narendra Modi took his last breath on November 12, 2018. He served to India as an MP several times along with holding ministerial posts under the BJP's umbrella. The cause of his death was cancer.

Manohar Parrikar, who was a renowned politician in Indian politics history died due to cancer. He was suffering from this disease for a long time and finally lost the battle with it on March 17, 2019. He was a former Union Defense Minister along with former CM of Goa.

Sushma Swaraj, another veteran and dynamic personality of Indian politics lost her life on August 6, 2019. She was a former External Affair Minister who was known as a dynamic and effective speaker among all the parties. She died at the age of 67 due to cardiac arrest.