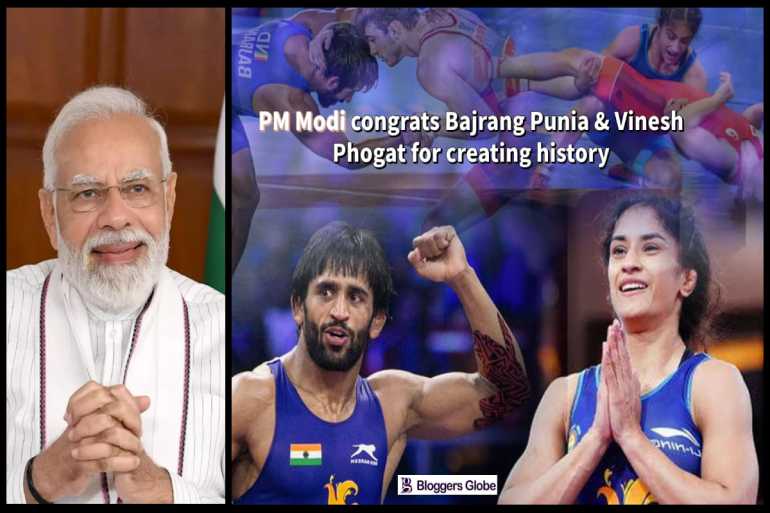 On Monday, September 19, Prime Minister Narendra Modi praised and congratulated wrestlers Bajrang Punia and Vinesh Phogat for their accomplishments at the World Wrestling Championships in Belgrade.

Our wrestlers make us proud. Congrats to @Phogat_Vinesh and @BajrangPunia on their Bronze medal wins at the World Wrestling Championships, Belgrade. This is special for both as Vinesh becomes the 1st Indian woman to win 2 medals on this platform and Bajrang wins his 4th medal. pic.twitter.com/atFe4Dbzov

By winning a bronze medal in the most recent competition in Belgrade on Sunday, freestyle wrestler Bajrang Punia became the First Indian to win four medals at the World Wrestling Championships. Sports Authority of India also acknowledges his performance on their official Twitter handle.

Our Tokyo Olympics BRONZE medalist has bagged a BRONZE again. This time at the Wrestling World Championships (FS 65kg) in Belgrade

It is Bajrang's third bronze in the world. Earlier in his career, the renowned Indian wrestler won bronze in 2013, silver in 2018, and bronze in 2019. Click Here to know the complete list of Bajrang's medals won at different events.

Congratulations @Phogat_Vinesh on the spectacular bronze medal win in the 53kg category of the World Wrestling Championships 2022 in Belgrade, Serbia! pic.twitter.com/uLOFZTCvFP